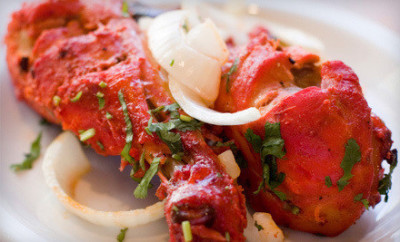 Last Chance Reminder: I originally posted about this deal last week. Here’s a reminder that today is your last chance to buy the deal as it expires tonight. This deal is a hot seller! At the time of this post, they have sold over 300+ vouchers so don’t miss out!

Today’s Groupon Edmonton Daily Deal of the Day: New Asian Village: $30 for an Indian Meal for Two or Four with Appetizers, Entrees, and Glasses of Wine (63% Off)

This is a limited 6-day only sale that will expire at midnight on Sunday, February 10, 2013. Click here to buy now or for more information about the deal. Quantities are limited so don’t miss out!

The Fine Print
Expires 150 days after purchase.
Limit 1 per person, may buy 1 additional as a gift. Limit 1 per table. Valid only at listed location. Not valid for tandoori mixed grill or seafood sizzler.

Chefs from India craft traditional dishes at New Asian Village’s nine locations, such as the vegetarian apna navratan korma, with its medley of vegetables and housemade paneer. An Edmonton favourite for nearly three decades, New Asian Village has cultivated a following of discerning diners, including vegans, gluten-free purists, and professional athletes. Daily lunch buffets showcase unlimited quantities of spices and sustenance, served atop silver trays, much like restraining orders. The staff encourages diners to dig into their entrees with their fingers while dining in the restaurant’s intimate booths or surrounded by colourful silks in the private maharaja rooms.