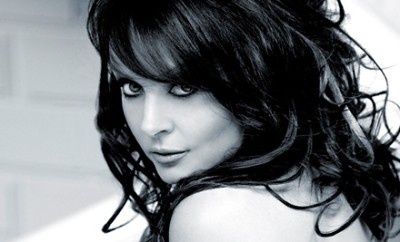 Reminder Update: I originally posted about this deal yesterday. Here’s a reminder that it’s still available to buy today. At the time of this post, they have already sold over 75+ vouchers so don’t miss out!

Every music fan dreams of being called up onto the stage at a concert to sing alongside their favorite vocalist, and, in a carefree moment, lift their elbows in rhythm. Be free with this GrouponLive deal.

Click here to view the seating chart.
How G-Pass Works: Your G-Pass will be ready to print 48 hours after the deal ends. Print the G-Pass and use it to enter the venue directly; you won’t need to redeem at will call. Due to security restrictions, G-Passes cannot be redeemed through the Groupon mobile app.

This is a limited 2-day only sale that will expire at midnight on Tuesday, October 1, 2013. Click here to buy now or for more information about the deal. Quantities are limited so don’t miss out!

In a Nutshell
Classical crossover superstar promotes her new album, “Dreamchaser,” which celebrates her lifelong dream of going into outer space

The Fine Print
Expires Oct 22, 2013
Limit 4 per person. Valid only for option purchased. G-Pass not redeemable with mobile app. Use for admission at Rexall Place on 10/22. Must show valid ID matching name on Groupon. Refundable only on day of purchase. Must purchase together to sit together. Discount reflects Live Nation’s current ticket prices – price may differ on day of event. Doors open 1 hour before showtime. Merchant reserves the right to substitute closer seat assignment. For disability accommodations, call box office promptly upon receipt of voucher – availability is limited.