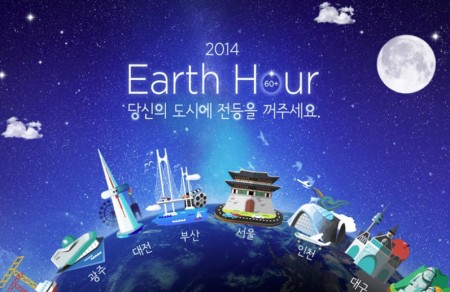 Earth Hour is a worldwide grassroots movement organised by WWF to unite people to protect the planet.

Earth Hour takes place tonight (Saturday, March 29, 2014) from 8:30pm to 9:30pm local time. Join millions of people around the world and turn off your non-essential lights for one hour as a symbol for your commitment to the planet.

What is Earth Hour?
Earth Hour is a worldwide grassroots movement uniting people to protect the planet, and is organised by WWF. Engaging a massive mainstream community on a broad range of environmental issues, Earth Hour was famously started as a lights-off event in Sydney, Australia in 2007. Since then it has grown to engage more than 7000 cities and towns worldwide, and the one-hour event continues to remain the key driver of the now larger movement.