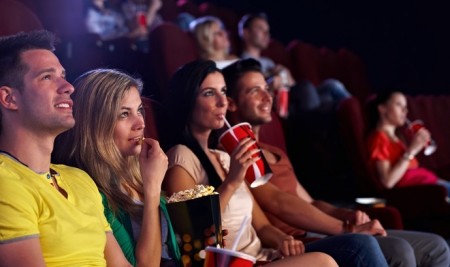 Movies take audiences where they could not go otherwise, such as the far reaches of outer space or a kitchen with George Clooney in it. See the stars with this Groupon.

This deal is a very hot seller. Groupon has already sold over 500+ vouchers at the time of this post.

The Fine Print
Expires 90 days after purchase. Subject to availability. Limit 1 per person, may buy 2 additional as gifts. Limit 1 per visit. Valid only for option purchased. Tickets good for evening or matinee showings; may not be used for festivals or special events. Must use promotional value in 1 visit. Merchant is solely responsible to purchasers for the care and quality of the advertised goods and services.

Metro Cinema showcases Canadian, international, and independent films that don’t usually get to a chance to be screened in conventional theaters. As a nonprofit, the theater is operated partially by paid employees in the concessions area, but primarily by volunteers who staff the box office and help promote films and raise funds. Films receive short runs of one to three days, so there is always something new to see, aside from the constantly popping corn kernels. Previous screenings included American indie drama, Boyhood; a Canadian film, Shake Hands with the Devil; and a South Korean horror-thriller, The Host. The theater also hosts special screenings such as director spotlight series, which highlight a director’s best works, and midnight movies, which bring cult classics to the big screen.