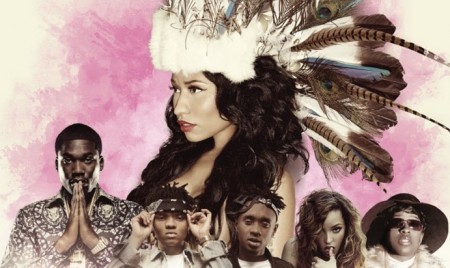 Reminder Update: I originally posted about this deal yesterday. Here’s a reminder that it’s still available to buy today. At the time of this post, they have already sold over 50+ vouchers so don’t miss out!

The Fine Print
Expires Aug 19th, 2015. Limit 8/person. Valid only for option purchased. Use for admission at Rexall Place on 8/19. Refundable only on day of purchase. Must purchase together to sit together. Doors open 1hr before showtime. Merchant reserves the right to substitute closer seat assignment. For disability accommodations, call box office immediately after purchase-availability limited. Holder assumes all risk in connection with the event and releases Groupon, Live Nation, the venue and their affiliates from any related claims. Not redeemable on mobile app. Supporting acts subject to change and vary by showdate. Merchant is solely responsible to purchasers for the care and quality of the advertised goods and services.

2007: the year Nicki Minaj drops her first mixtape (Playtime Is Over, featuring Lil Wayne) and begins her fast ascent to stardom
2010: a banner year in which she unleashes her first album, Pink Friday; lands seven songs in Billboard’s Hot 100, including “Your Love” and “Check It Out”; and wins Best Hip-Hop Female at the BET Awards
2011: by February, the already-platinum Pink Friday hits No. 1 and eventually earns Grammy nominations for Best New Artist, Best Rap Album, and Best Rap
2012: Pink Friday: Roman Reloaded (featuring “Starships”) debuts at No. 1, and Nicki becomes the first solo female rapper to perform at the Grammys, performs with Madonna at the Super Bowl halftime show, and becomes a judge on American Idol
2014–2015: a household name with millions of albums sold worldwide, Nicki releases her third studio album The Pinkprint, which debuts at #2 on the Billboard 200