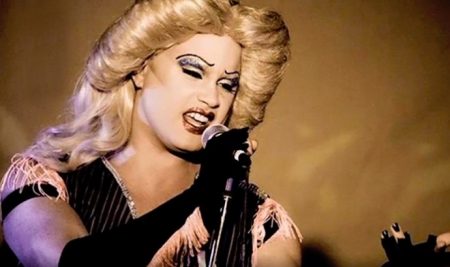 Today’s Groupon Edmonton Daily Deal of the Day: Hedwig and the Angry Inch: $23 for one general admission ticket (up to $45 value)

This is a limited 1-week only sale that will expire at midnight on Saturday, September 17, 2016.

Click here to buy now or for more information about the deal. Quantities are limited so don’t miss out!

The Fine Print
Expiration varies. Limit 8/person. Valid only for option purchased. Redeem on day of show for a ticket at the venue box office. Refundable only on day of purchase. Must purchase together to sit together. Discount reflects merchant’s current ticket prices, which may change. Disability seating cannot be guaranteed; contact box office prior to purchase for availability. Ticket value includes all fees. Merchant is solely responsible to purchasers for the care and quality of the advertised goods and services.

Hedwig and the Angry Inch
Hedwig’s got a few thoughts to share. The “internationally ignored song stylist”—an East German ex-patriot and victim of a botched sex-change operation—tours with her band in the wake of her more successful former boyfriend, rock star Tommy Gnosis. She’s out to set the record straight: about her past, her lovers, and who really wrote all those songs. Throughout the show, she shares the tale of her unusual life with charming self-deprecation and blistering honesty. Hedwig and her band smash through the fourth wall, burning down the divide between the performers and audience to create an experience that’s both intimate and thoroughly rock ‘n’ roll.

Since premiering off Broadway in 1998, John Cameron Mitchell and Stephen Trask’s cult-classic Hedwig and the Angry Inch has received an Obie Award, won four Tony Awards, is a celebrated film adaptation, and a high-profile revival in 2014, saw How I Met Your Mother’s Neil Patrick Harris step into the titular character’s heels.