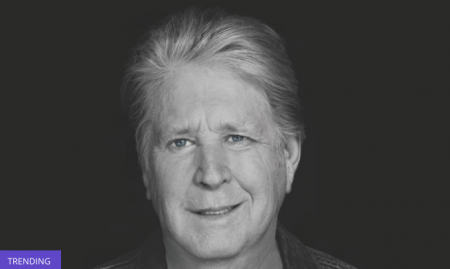 Today’s Groupon Edmonton Daily Deal of the Day: Brian Wilson presents Pet Sounds: The Final Performances – $45 for one G-Pass on April 12 at 8 p.m. (up to $71 value)

The Fine Print
Promotional value expires Apr 13, 2017. Limit 8/person. Valid only for option purchased. Refundable only on day of purchase. Must purchase together to sit together. Merchant reserves right to substitute closer seat. Disability seating cannot be guaranteed; contact box office prior to purchase for availability. Holder assumes all risk in connection with the event and releases Groupon, Ticketmaster, venue and their affiliates from any related claims. Not redeemable on mobile app. Ticket value includes all fees. Live Nation is issuer of tickets – discount reflects current ticket prices, which may change. Merchant is solely responsible to purchasers for the care and quality of the advertised goods and services. Offer is not eligible for Groupon promo codes or other discounts.

About Brian Wilson: He’s a Grammy-winning, Rock and Roll Hall of Fame–inducted, Kennedy Award–winning, songwriting legend who co-founded the Beach Boys, pioneered what we know as the “California Sound,” rewrote the rules of music production, and raised pop music to high art.
About Pet Sounds: FIlled to the brim with signature harmonies, everything-plus-the-kitchen-sink experimental instrumentation, and new emotional complexity, Pet Sounds has evolved from underappreciated masterpiece to its lasting status as of the most acclaimed and influential albums of all time, scoring spots in Grammy Hall of Fame and the National Recording Registry by the Library of Congress.
The Final Performances: Marking the 50th anniversary of the landmark album, Brian (accompanied by longtime band/orchestra The Wondermints and fellow Beach Boys Al Jardine and Blondie Chaplin) bids farewell to his magnum pop opus in a full album performance full of gems such as “Wouldn’t It Be Nice,” “Sloop John B,” and “God Only Knows,” along with classics such as “Good Vibrations” and “California Girls.”