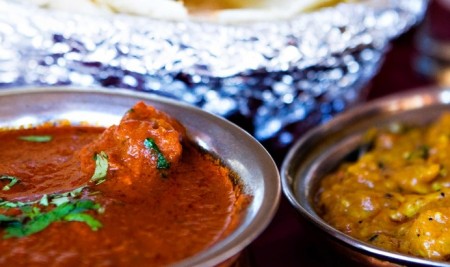 Eating together, like being buried up to your necks in the same cube of concrete, keeps families together. Build a solid foundation with this Groupon.

Choose from Two Options:
$60 for a three-course East Indian meal for two (a $151 value)

The Fine Print
Expires 180 days after purchase. Limit 1 per person, may buy 1 additional as gift. Limit 1 per visit. Limit 1 per table. Reservation required. Valid only for option purchased. Valid only at Saskatchewan Drive location. Merchant is solely responsible to purchasers for the care and quality of the advertised goods and services.

Chefs from India craft traditional dishes at New Asian Village’s five locations, such as the vegetarian apna navratan korma, with its medley of vegetables and housemade paneer. An Edmonton favourite for 28 years, New Asian Village has cultivated a following of discerning diners, including vegans, gluten-free purists, and professional athletes. Daily lunch buffets showcase unlimited quantities of spices and sustenance, served atop silver trays, much like restraining orders. The staff encourage diners to dig into their entrees with their fingers while dining in the restaurant’s intimate booths or surrounded by colourful silks in the private maharaja rooms.