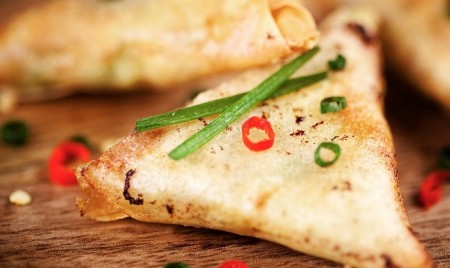 Today’s Groupon Edmonton Daily Deal of the Day: Naanolicious: $17 for $30 Worth of Chai Tea and Indian-Fusion Cuisine. Two Options Available (Up to 47% Off)

Those who travel abroad learn countless secrets, including the fact that the British call french fries “chips” and call chips “potato nasties.” Taste the fruits of other cultures with this Groupon.

This is a limited-time offer. Quantities are limited so don’t miss out!

In a Nutshell
1,300 lb. tandoor bakes various types of naan, which serves as the foundation for Panaanis, naan wraps, and naan pizzas served with Chai tea

The Fine Print
Expires 120 days after purchase. Limit 1 per person, may buy 1 additional as gift. Limit 1 per visit. Limit 1 per table. Not valid 2/14/15. Valid only for option purchased. Dine-in only. Not valid for items on deep from the ocean menu. All goods or services must be used by the same person. Merchant is solely responsible to purchasers for the care and quality of the advertised goods and services.

Monica Kapur says that her biggest challenge in opening Naanolicious was getting the 1,300-pound tandoor to fit through the restaurant’s door. “We had to get a crane,” she explained to Edmonton Journal writer Nick Lees. Putting in the extra effort was worth it, though, much like successfully eating an entire meal using only your elbows. That hefty clay oven is responsible for baking more than 20 flavours of naan, some of which dabble in fusion flavours that range from iced blueberry to pepperoni and mushroom.

Kapur’s eatery, which offers Bollywood Night once a month and stays open until 3 a.m. on Fridays and Saturdays, is known for its naan, but servers wrapped in saris carry more than the fluffy bread to diners’ tables. Other favourites include butter-chicken fries, fish pakoras fried in lentil batter, and vodka gol gappas—crispy shells filled with spiced or guava-laced vodka.