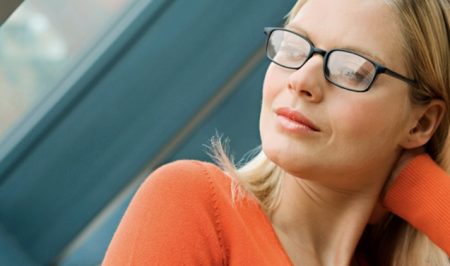 Today’s Groupon Edmonton Daily Deal of the Day: Oasis Eye Care: $19.50 for $200 Toward Complete Pair of Prescription Eyeglasses (90% Off)

This deal is a very hot seller. Groupon has already sold over 200+ vouchers at the time of this post.

The Fine Print
Promotional value expires 120 days after purchase. Amount paid never expires. $5 additional charges for shellac removal on natural nails. Tax and Gratuity not included. Appointment required. Limit 1 per person, may buy 1 additional as gift(s). Limit 1 per visit. Valid only for option purchased. All goods or services must be used by the same person. Merchant’s standard cancellation policy applies (any fees not to exceed voucher price). Merchant is solely responsible to purchasers for the care and quality of the advertised goods and services.

Visible Light: Staring Down Roy G. Biv
Correcting your vision makes the world brighter and sharper. Learn why we see what we’re seeing with Groupon’s illumination of visible light.

For most of us, vision is as simple as breathing: open your eyes, and the visible world appears in all its bright glory. It’s made possible by a rather complex system of interactions between visible objects, our eyes, and light itself. As we gaze at a flower garden or squint at a stranger who looks like our aunt’s cat, our eyes are bombarded by massless energy packets called photons, moving in electromagnetic waves of varying length and frequency. Specialized cells in our eyes called cones interpret each wavelength as a different color; the shortest wavelength we can see appears to us as violet, the longest as red.

When we see a red apple, we’re seeing an object that absorbs all wavelengths of light (whether from the sun or another source) except for the ones our eyes code as red, which are bounced back to our eyes. Other objects can sort out these wavelengths differently than our cones: although sunlight may appear white to us, placing a prism in its path reveals that it contains wavelengths all along the spectrum. The prism’s structure makes the apparently white light refract, or bend, at different degrees depending on the wavelength, stretching into a rainbow of all the colors we’re familiar with.

What we call visible light is a rather arbitrary selection of the spectrum, excerpted by the limitations of our eyes rather than by nature itself. Beyond the visible spectrum, light continues in wavelengths we are blind to. Those longer than red are called infrared, and those shorter than violet are called ultraviolet. The extent of the visible spectrum can change from species to species—and even from human to human. As the Guardian reported, some birds, insects, and small mammals can see ultraviolet light. People aren’t generally born with this power, but there’s one reliable way to access it, besides hiring a mouse to sit on your shoulder and tell you about all the cool ultraviolet stuff you’re missing. Because the lenses of our eyes normally filter out UV light, those who have had their lenses removed during cataract surgery report that the bluish glow of UV light adds an extra color to their world.